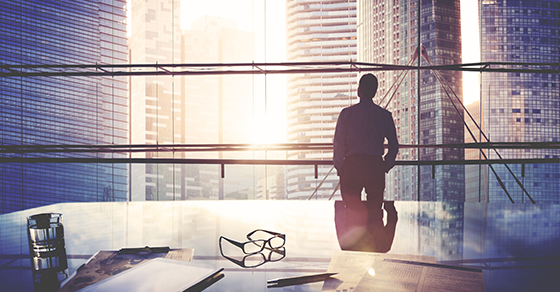 Are you the founder of your company? If so, congratulations — you’ve created something truly amazing! And it’s more than understandable that you’d want to protect your legacy: the company you created.

But, as time goes on, it becomes increasingly important that you give serious thought to a succession plan. When this topic comes up, many business owners show signs of suffering from an all-too-common affliction.

In the nonprofit sphere, they call it “founder’s syndrome.” The term refers to a set of “symptoms” indicating that an organization’s founder maintains a disproportionate amount of power and influence over operations. Although founder’s syndrome is usually associated with not-for-profits, it can give business owners much to think about as well. Common symptoms include:

• Continually making important decision without input from others,
• Recruiting or promoting employees who will act primarily out of loyalty to the founder,
• Failing to mentor others in leadership matters, and
• Being unwilling to begin creating a succession plan.

It’s worth noting that a founder’s reluctance to loosen his or her grip isn’t necessarily because of a power-hungry need to control. Many founders simply fear that the organization — whether nonprofit or business — would falter without their intensive oversight.

The good news is that founder’s syndrome is treatable. The first step is to address whether you yourself are either at risk for the affliction or already suffering from it. Doing so can be uncomfortable, but it’s critical. Here are some advisable actions:

Form a succession plan. This is a vital measure toward preserving the longevity of any company. If you’d prefer not to involve anyone in your business just yet, consider a professional advisor or consultant.

Prepare for the transition, no matter how far away. Remember that a succession plan doesn’t necessarily spell out the end of your involvement in the company. It’s simply a transformation of role. Your vast knowledge and experience needs to be documented so the business can continue to benefit from it.

Ask for help. Your management team may need to step up its accountability as the succession plan becomes more fully formed. Managers must educate themselves about the organization in any areas where they’re lacking.

In addition to transferring leadership responsibilities, there’s the issue of transferring your ownership interests, which is also complex and requires careful planning.

You’ve no doubt invested the proverbial blood, sweat and tears into launching your business and overseeing its growth. But planning for the next generation of leadership is, in its own way, just as important as the company itself. Let us help you develop a succession plan that will help ensure the long-term well-being of your business.